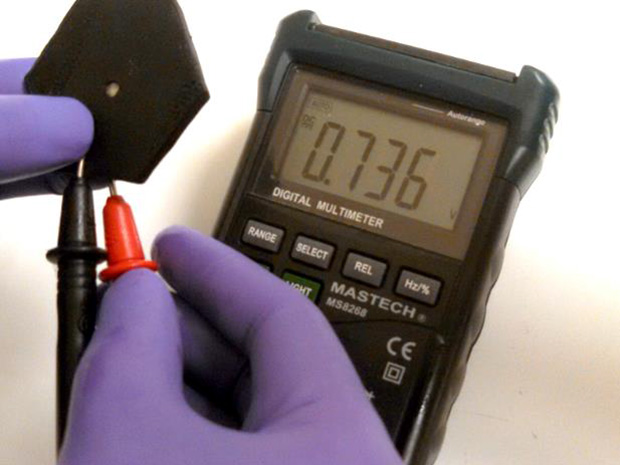 Their flagship product, a graphene filled conductive PLA, is an indicator of great things to come. Check out Black Magic 3D specialty colors for seasonal filaments. 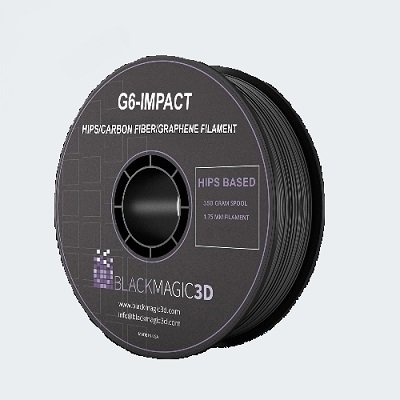 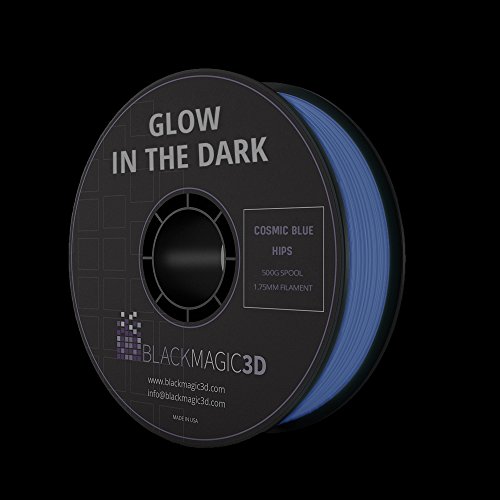 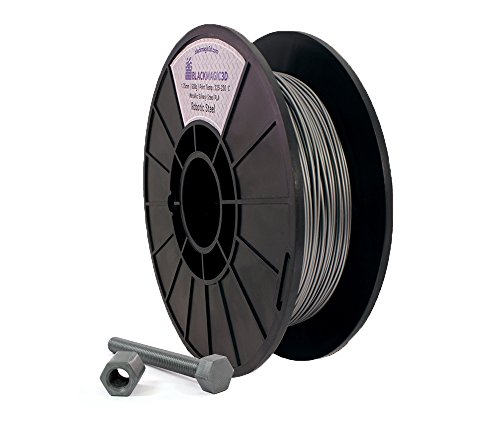 That is the future that, with the advent of conductive graphene PLA, Black Magic 3D claims is already here.

Graphene has been called a breakthrough material by many engineers, due to its extremely high conductivity and cheap cost of production.

This is clearly a huge claim that we had to investigate. Could it be true that we are already able to print home electronics from our 3D printers? Could graphene filament really be the game-changing new material that its proponents claim it is?

We had to find out. And after months of research, we are confident that there is potential in conductive filaments to change the electronics industry significantly. But are we already at that point? 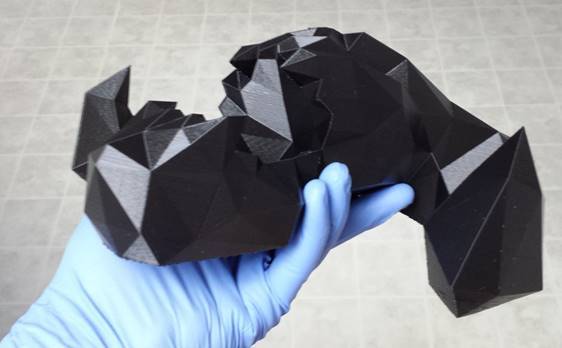 The short answer: no, not just yet. There is considerable interest in these amazing new materials.  With the right applications, there is little doubt that graphene could significantly change the way commercial electronics are produced.

This is where the inspiration for the creation of Black Magic 3D’s flagship product comes from: the idea that graphene, coupled with the rise of desktop 3D printers and distributed manufacturing, could revolutionize the home electronics industry and give rise to a new era of home innovation.

And while prices and print quality need to improve a bit more for this to become feasible on a large scale, Black Magic 3D filaments demonstrate that there is clearly potential for 3D printing with graphene filaments to cause just such a revolution. 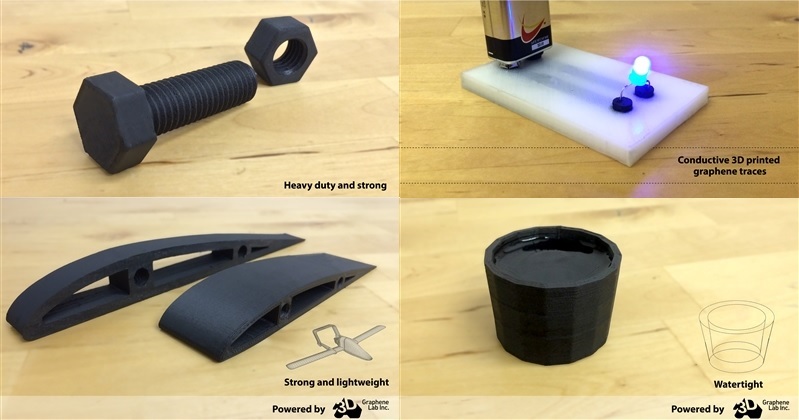 Their graphene filaments are conductive enough to build simple circuits that control LED lights or make simple switches for a train set, for instance.

The Black Magic 3D Ferromagnetic filaments can also be used to print small devices, such as a stylus for your tablet or a fairly weak fridge magnet. And while these filaments are currently expensive and hard to work with, once you get the hang of them, they are very fun to print with.

More importantly, they demonstrate the future that is coming, one in which we will move from buying our basic electronics to simply downloading and printing them with our 3D printers. 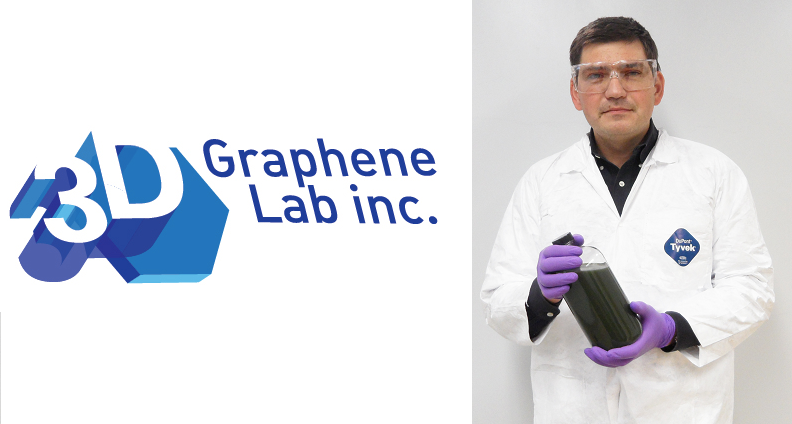 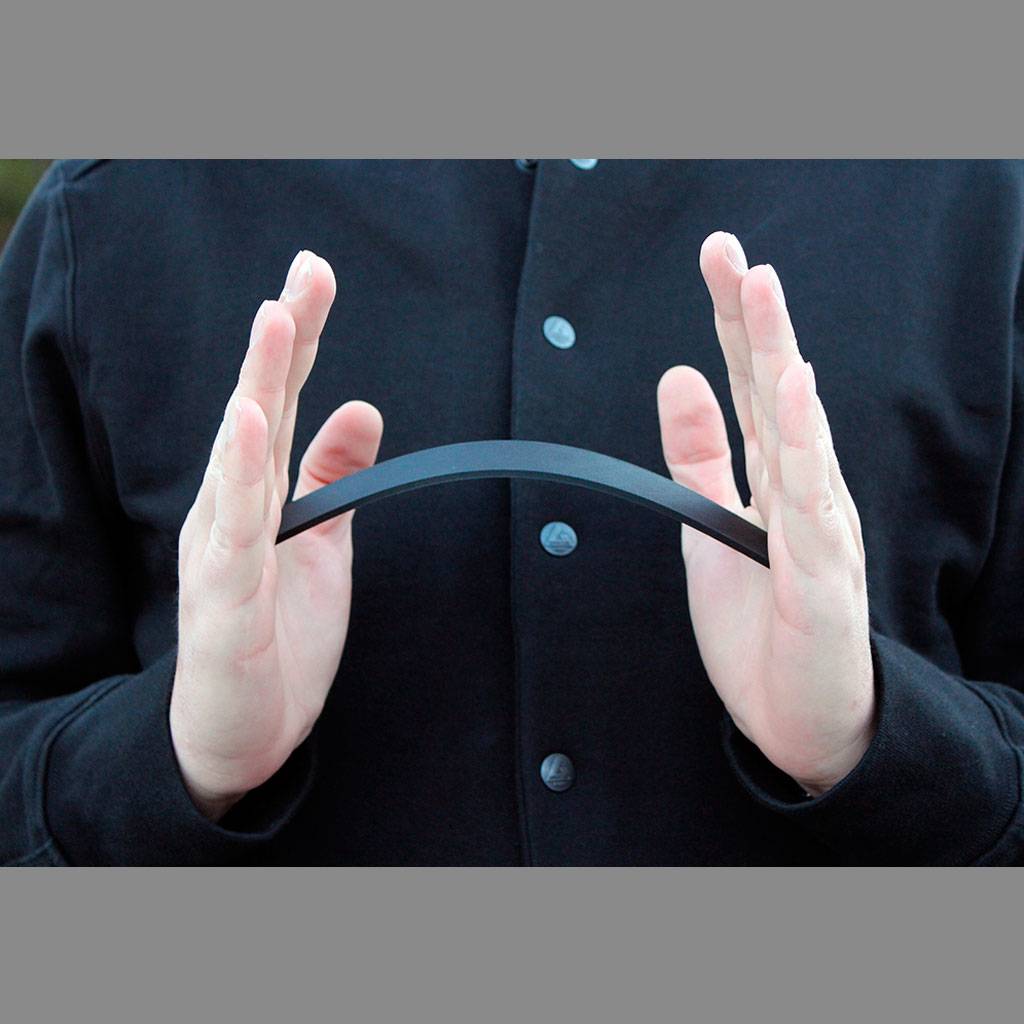 Graphene 3D Lab, Inc. has recently applied for several patents related to its graphene technology. Although this move is not quite in keeping with the open source ethos and culture of sharing in the maker community, it signals the company’s belief in the exciting future of 3D printing with graphene.

Where is it Made? 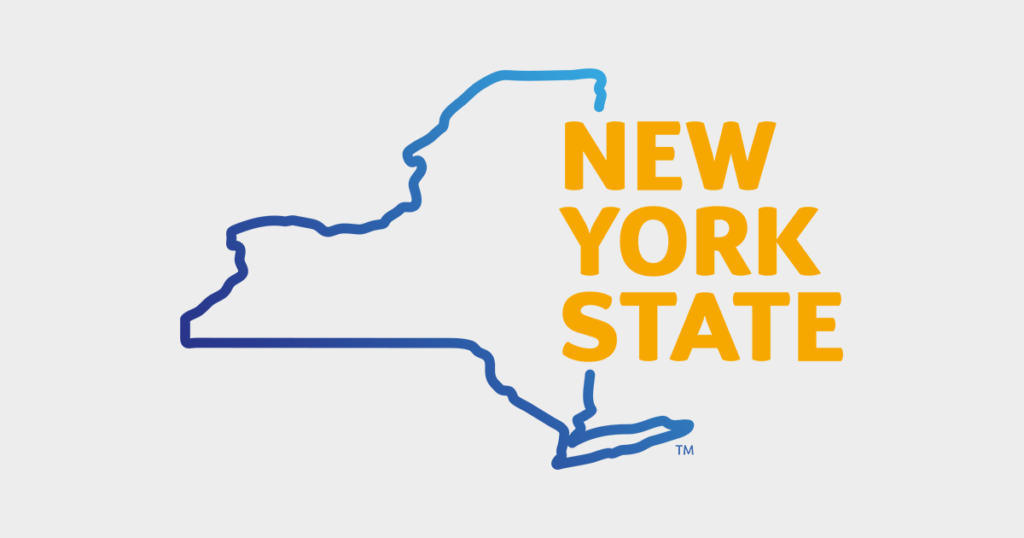 The company is operated by Dr. Daniel Stolyarov, who serves as co-CEO. Dr. Stolyarov holds a Ph.D. in Physical Chemistry from the University of Southern California and an MS in Physics/Applied Mathematics from the Moscow Institute of Physics and Technology.

Dr. Elena Polyakova serves as co-CEO and also holds a Ph.D. in Physical Chemistry from the University of Southern California and a Master’s degree from the Moscow Institute of Physics and Technology. 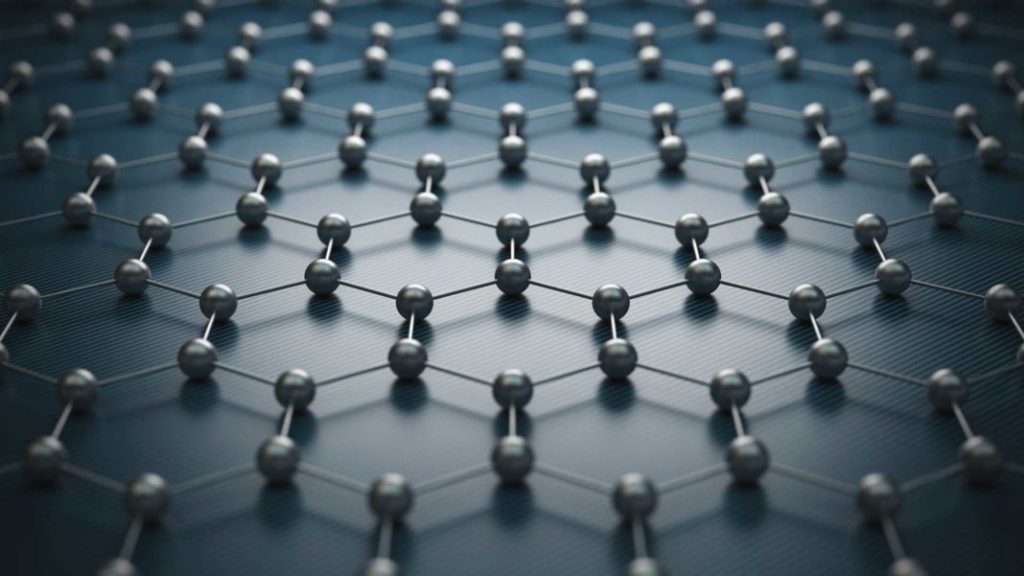 In 2010, Andre Geim and Konstantin Novoselov won the Nobel Prize in physics for their research on graphene. A carbon based material, graphene is approximately 100 times stronger than steel and conducts electricity and heat extremely efficiently. At the molecular level, graphene is a two-dimensional honeycomb latticework of carbon atoms. It is also the basic structural component of other carbon-based materials, such as charcoal and graphite. 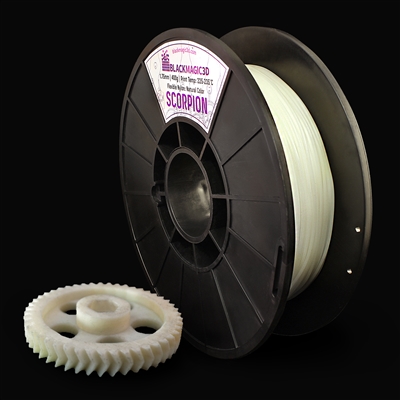 Black Magic 3D is a specialty filament brand that produces some of the craziest filaments available, including electrically conductive and magnetic filaments. So it is no surprise, then, that its experimental products are much more expensive than general filament brands.

The color range is also very limited since Black Magic 3D filaments are produced with functionality in mind, but they do offer a few specialty colors.

The one thing that is currently a drawback for Black Magic 3D is the quality of the filaments. These are not filaments that beginners should try. And because of quality concerns, even experts should have realistic expectations of the difficulties they might face with Black Magic 3D filaments before buying a spool. 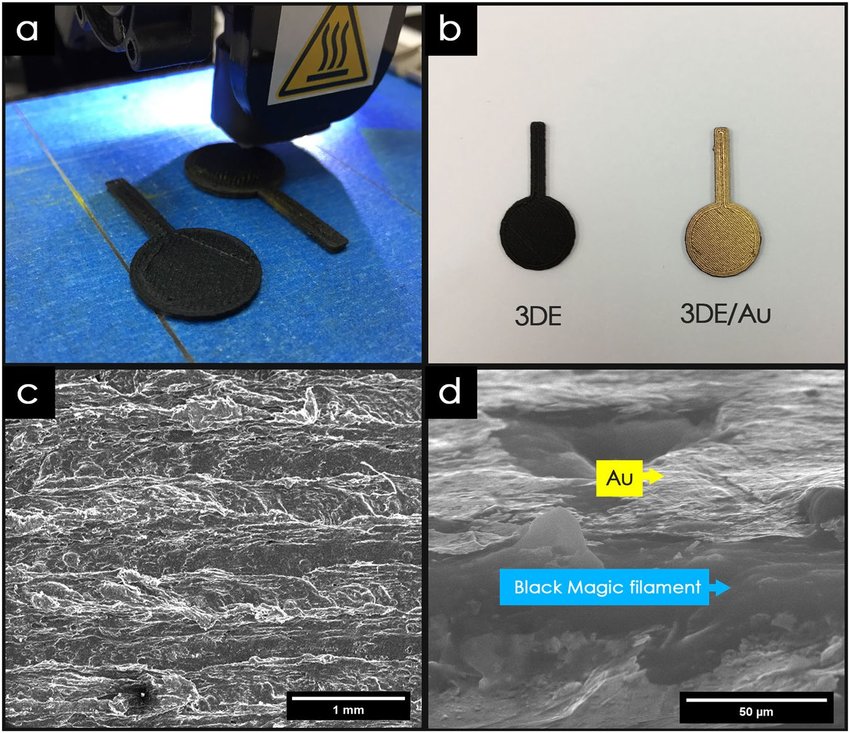 Printing with these filaments can be very tricky and it takes a lot of patience to find the right settings. The filaments have so many additives in them that they tend to print best at very high temperatures.

At lower temperatures, the filaments tend to clog up the extruder. Also, each filament requires different settings.

For instance, the ferromagnetic PLA will usually print best with different settings than the conductive graphene PLA. So you need to recalibrate everything when switching from one spool to the next.

Black Magic 3D filaments are each so interesting and dynamic that it’s hard to know where to start:

Since its flagship product is Conductive Graphene PLA Filament, let’s start there.

The most important aspect of the Black Magic 3D Conductive Graphene Filament is its electrical resistance. Resistance determines how useful the material will be for various applications.

The product description on the Black Magic 3D website says: “Our Conductive Graphene Filament offers a volume resistivity of 0.6 ohm-cm. Volume resistivity is the measure of a material’s resistance to electricity within a cubic centimeter of material.”

It doesn’t specify a temperature, but let’s assume a room temperature of about 20ºC. For comparison, copper has a volume resistance of 1.68×10-10 ohm-cm at 20ºC.

In other words, this filament has a volume resistance that is about 10 billion times higher than copper. So what does that mean for your plans to 3D print a flux capacitor? It ain’t happening.

But there is still a lot of fun to be had. This filament will definitely be useful for small projects such as powering simple LED lights and toys for kids, and making rudimentary circuit boards. 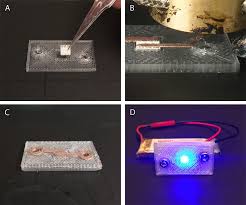 Needless to say, we were excited by a conductive PLA that is stronger than ABS. But that’s not what prints actually show.

The graphene PLA is about as strong as other PLA filaments, and even a little brittle. The surface finish was also rough and uneven. Still, it is strong enough to handle applications that don’t require putting much pressure or strain on the piece.

ONE THING TO NOTE:

This filament is very tricky to work with and not well suited for beginners. It takes a long time to find settings that work well, and even then your prints might not come out as well as you hope they would. If you buy this filament, you may need a lot of patience to get the results you want.

Should you try it? 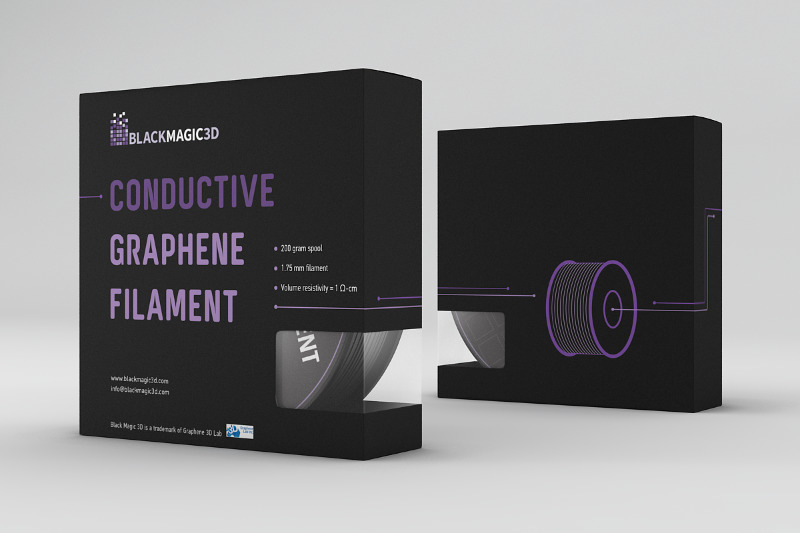 All in all, the Conductive Graphene PLA is worth trying at least once if you have the necessary experience and patience required. Go to Global FSD to get a sample and give it a try.

But it is just a novelty filament right now, and not a scalable, functionally viable addition to the filament marketplace.

The main downside is the price. At around  $55 for a 100 gram spool, there are too many issues to make this a repeat buy.

First, the conductivity is not as revolutionary as the promotional materials make it seem to be, so the results can be a bit disappointing.

Second, Black Magic 3D Conductive Graphene PLA is hard to work with and inexperienced printers may waste a lot of filament trying to find the right settings.

Finally, you only get 100 grams per spool, so any wasted filament hurts the wallet. As a result, many customers don’t buy a second spool.

But again, Global FSD sells samples for around $15 so you can still try it out if you want to. 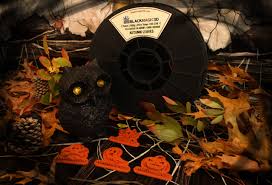 The Black Magic 3D specialty color PLAs are excellent and well worth the price. Customers can have a great time printing jack-o’-lanterns and fake twigs with the color “Autumn Leaves”.

It does have a rough surface and needs a higher print temperature. Around 230ºC worked well.

The “Morning Frost” is a customer favorite. The color is just so different than anything else on the market. It is more of a bluish-white, and the natural surface shimmer of the PLA gives it an icy shine. 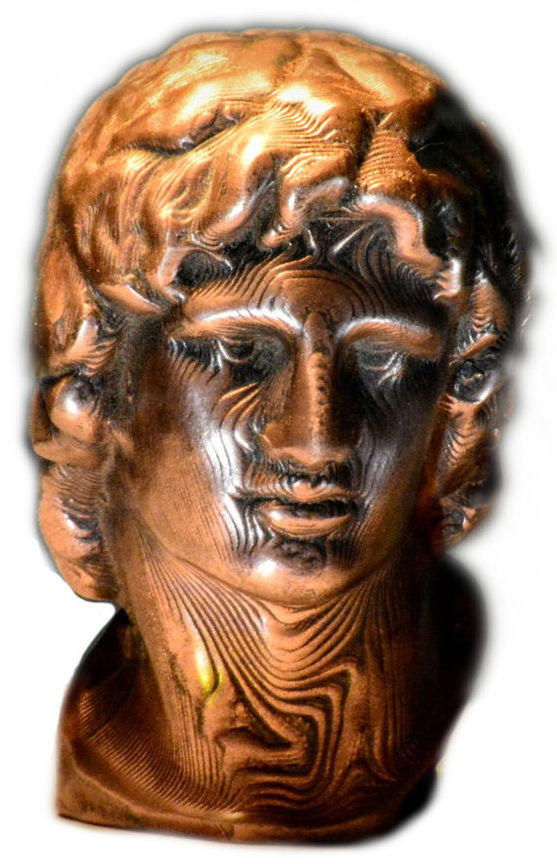 Black Magic 3D also sells several metallic colors on Amazon (we’re not sure why they don’t sell these colors on the company website). These are great metallic colors and they do a great job convincing the eye that the finished piece is actually metal.

A good starting point would be the “Antique Bronze” filament.

Glow In The Dark PLA 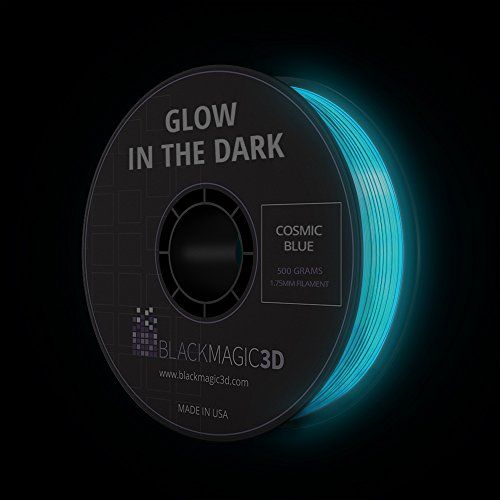 As good as the other specialty color PLAs are, the Glow In The Dark from Black Magic 3D is not that great.

For one thing, you may have a lot of problems with clogging. Also the tolerance can be wildly inconsistent, ranging from 1.68mm all the way up to 1.84mm.

That kind of variance in diameter will be hard for most printers to handle. In addition, the only color offered is blue, and it doesn’t really glow that brightly.

In fact, one customer could only charge it when they left it under a super intense area lamp for 15 minutes, and even then the dim glow only lasted for about 5 minutes. So taking all of this into consideration, we are going to have to recommend that customers go elsewhere for glow-in-the-dark PLAs for now.

An electric permeability of less than 10 is too low to be useful for most home applications and probably wouldn’t be useful even for making a fridge magnet. So unfortunately, it would definitely be hard to use for many hobby applications such as motors, transformers, etc. 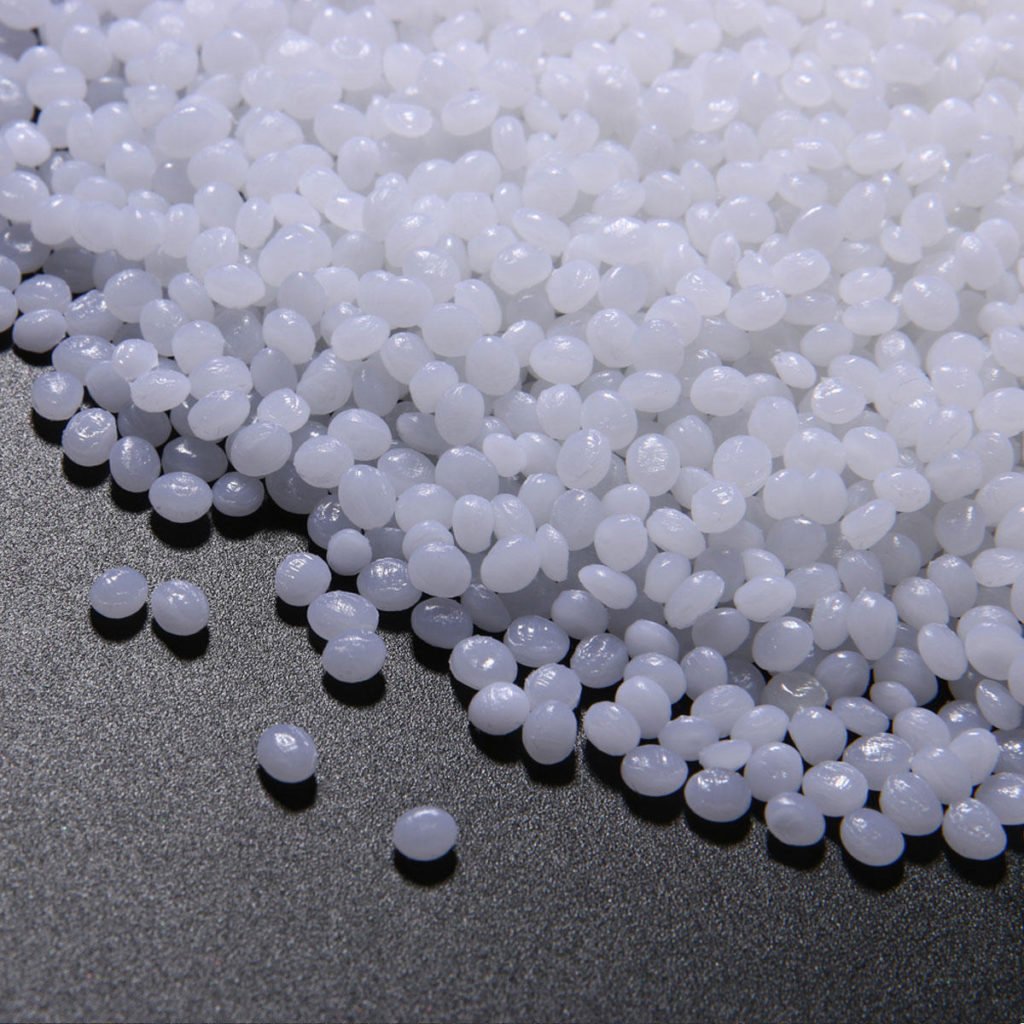 Black Magic 3D offers a few nice colors of resin pellets, including glow-in-the-dark Pink Rose, Cosmic Blue, and Sunshine Yellow. The other two colors they offer are translucent and gold.

By combining the red, yellow and blue pellets, you can create many other colors. They print well with all desktop 3D printers and pellet printers. Plus, they are cheaper than the Black Magic 3D filaments when considering price per weight.

The cosmic blue is a customer favorite color, but at around $30 per 3lbs, it is also the most expensive. 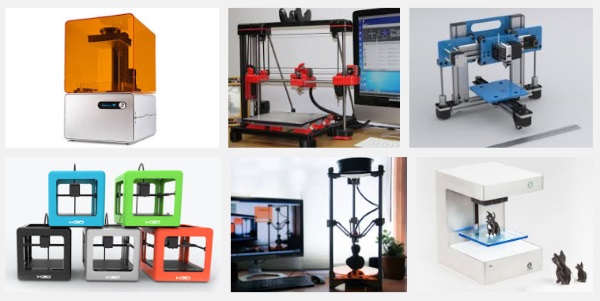 Black Magic 3D filaments and products work with most printers, but some printers are not able to handle the exact specifications needed to get a good result.

For a list of cheap printers that can handle this filament check our list of the Best 3D printers under $300.

Overall, Black Magic 3D filaments are definitely worth trying at least once in order to get a glimpse of what is coming in the next few years. As long as you have a compatible printer, some patience and a realistic expectation of what you will be able to make with these materials, Black Magic 3D is well worth the investment.

And buying a roll of these filaments definitely is an investment, because even though they are expensive, once you have a conductive graphene filament that you know how to print with, you can build and fix many small electronics around your house.

The main thing to keep in mind is that these filaments are expensive and you get as little as 100g per spool to work with, so make your prints count.

Global FSD sells samples of the conductive graphene filament for around $15 so you can try it out if you want to. The specialty colors are priced really well though, and are well worth purchasing if you are looking for seasonal or metallic colors.

Just make sure to avoid the glow-in-the-dark filaments for now.

Hopefully, Black Magic 3D will be able to bring the price of its functional filaments down and improve their ease of use so that a wider audience can enjoy them.

Similar Filament Brands You Should Try