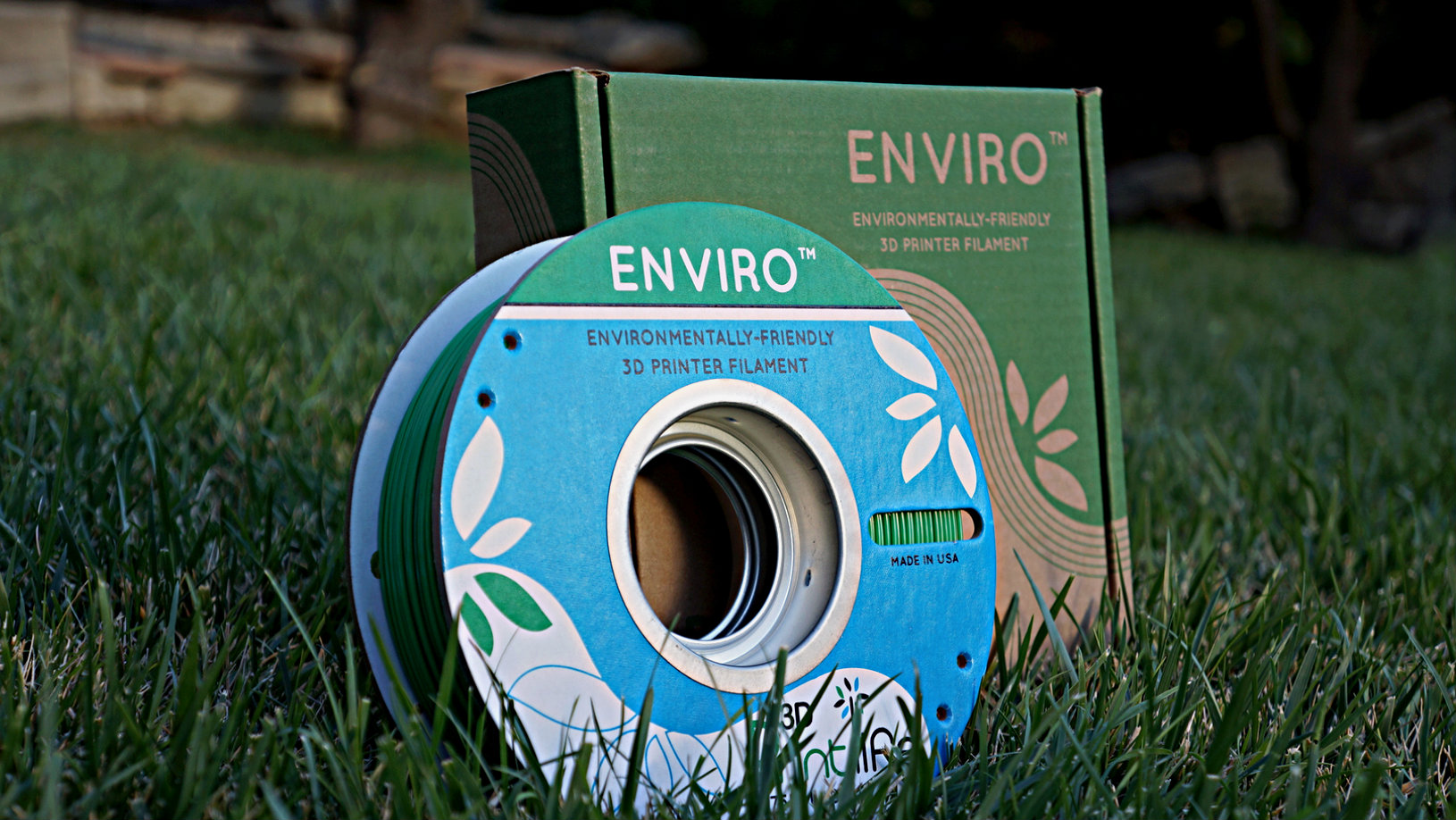 Eco-friendly 3D printer filaments are on the rise. One of the great benefits of 3D printing is that it is better for the environment than other forms of manufacturing.

It’s fun to make your own stuff, and the idea that you can reduce pollution and be more eco-friendly by do so is very exciting. That aspect of 3D printing just adds to its allure.

In a rush? Check out top pick: Algix 3D PLA

Algix 3D is one of the most environmentally conscious filament companies around. Algix 3D filaments are made from algae that have been genetically modified and specially processed to produce polymers.

These polymers are perhaps the best biodegradable plastics, even more so than other esther-based polymers such as PLA.

Unlike other biodegradable plastics that are produced from food crops such as corn, Algix 3D plastics don’t require the repurposing of valuable farm land and agricultural products. In fact, algae is often seen as a nuisance, so the fact that Algix 3D has found a use for it opens up a new, sustainable source of polymers. 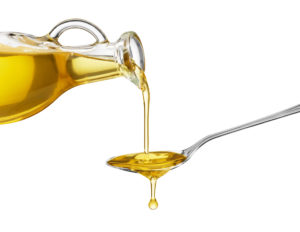 But using algae to produce plastic has several other benefits as well. First of all, the main function that algae plays in most ecosystems is a water purifier.

Algae often grows in nitrogen and phosphorous rich environments, which are most often created by pollution from humans.

Algae removes impurities from water very efficiently. As it does so, it converts carbon, nitrogen and phosphorous into useful oils.

These oils serve as an alternative source of oil to fossil fuels and can serve as the basis for the creation of a range of products, including plastics. At the same time, algae grows extremely quickly and the faster you feed it the more useful oils you can extract from it.

Algix has created several filaments that have advantages over PLA and ABS. Three in particular are especially innovative.

ALGA filament is the main Algix 3D filament that is made from algae. It is similar to PLA but objects printed with it will have a better surface finish.

OMNI filament is a good replacement for both PLA and ABS. It is easy to print with like PLA and requires similar printer settings. But it is tough like ABS, and can even has better layer bonding.

DURA is an extremely tough filament that is perfect for functional prints and prints that need to withstand a fair bit of stress.

Quick Fact: There is a downside to algae’s amazing growth potential. Agricultural runoff from farmland that is full of fertilizer sometimes introduces excess nitrogen and phosphorous in nearby lakes and streams.

That often causes massive algal blooms. These algal blooms are extremely dangerous for local ecosystems because they can completely deplete the oxygen from a water source, killing all other fish and wildlife populations. 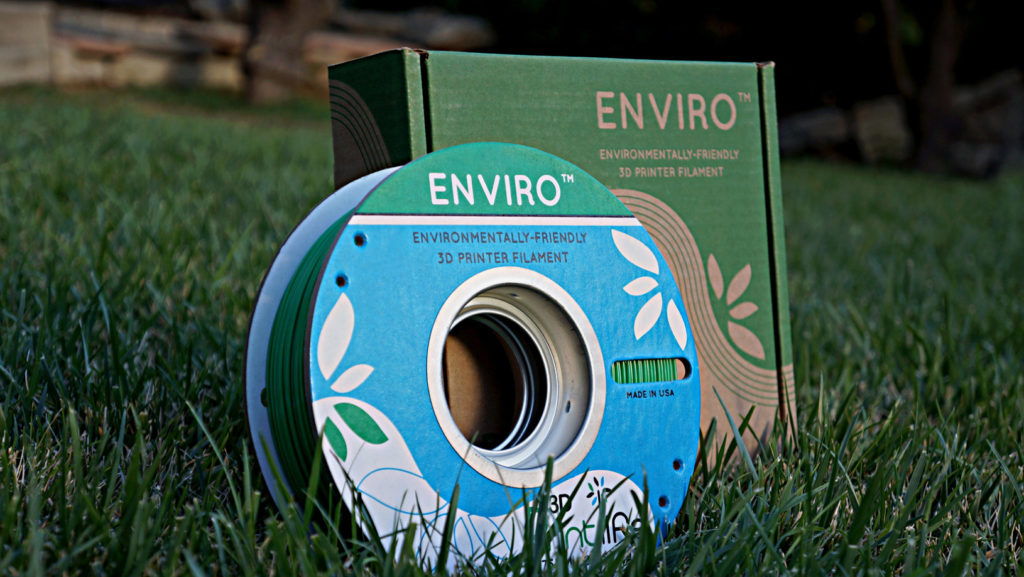 Enviro filament is a biodegradable ABS from 3D Printlife. Unlike Algix 3D, it isn’t made from algae or plant material.

Instead, it has a “bio-additive” that allows bacteria to break the ABS down more easily once it reaches a landfills.

The spool is made of 100% recycled cardboard. We don’t usually recommend cardboard spools because they tend to be flimsy and bits of cardboard dust and cover the filament.

But this cardboard spool is different. It is sturdier and won’t shed fibers that could contaminate the filament.

So how does 3D printing actually contribute to a greener future for our planet? Here are several aspects of 3D printing that help:

3D printing reduces the environmental waste that comes from the production of plastic goods through innovations in material science. Almost everything we make will someday degrade and return to the environment, whether by being dumped in a landfill or some other process.

By creating more eco-friendly 3D printer filaments to print with, we can lower the negative effects of our trash on the environment. 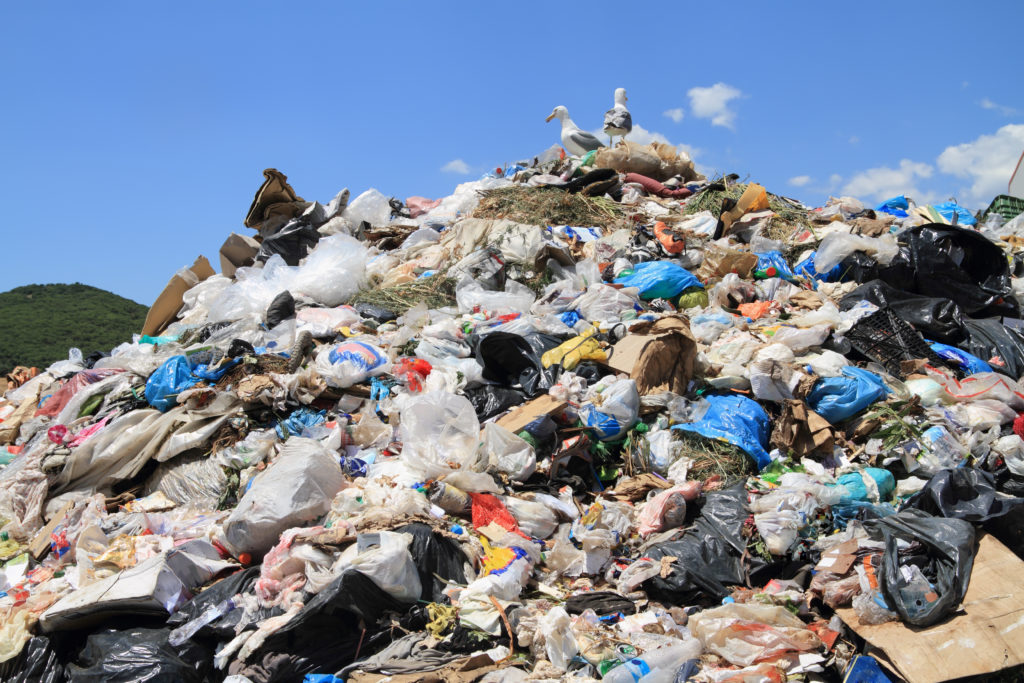 3D printer filaments made of trash

3D printing can also give us the ability to turn our trash back into useful objects by recycling waste materials into printable filaments.

By taking advantage of home extrusion, we can get more value out of our products when we are done using them by turning them into printable materials. 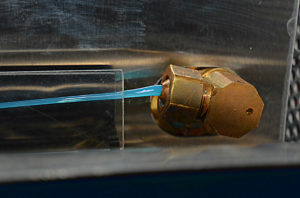 At the same time, by bringing manufacturing to a local scale, 3D printing reduces the carbon emissions created by shipping large amounts of goods around the globe. After all, most of the plastic objects around us are brought from China on large tankers that burn enormous amounts of fossil fuel.

By eliminating the need for shipping, 3D printing and local manufacturing offer a vision of a more sustainable way to manufacture the products we want and need.

These are the promises of 3D printing, but how eco-friendly is 3D printing and the filament industry in reality today? The best way to find out is to examine a two examples of the most eco-friendly filament brands out there today.

Filabot has focussed its efforts on building the tools needed to recycle plastic into filament at home.

The company offers a full suite of appliances needed for home extrusion. Their flagship product is a home extruder.

Filabot has built one of the most popular filament extruders around. It works very well, and allows you to be free of the need to purchase filament.

But best of all you can use Filabot’s extruder to recycle failed prints and other plastic objects into filament instead of sending them to the landfill.

Filabot also makes several other appliances to go with its extruder. The hardest part of extruding filament yourself at home is winding it onto a spool as it comes out of the extruder.

To ease that process, Filabot has produced a filament spooler.

The filament spooler automatically winds the fresh filament onto a spool at a regulated speed. This ensures that the tolerance of the filament stays even while the filament cools. 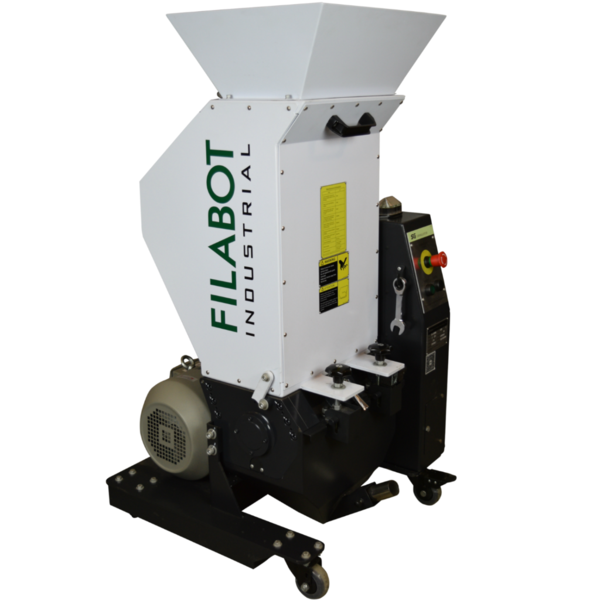 The other appliance that Filabot has created is an industrial reclaimer. This machine grinds plastic objects back into particles that are perfect for extrusion.

The main downside to this machine is it’s price, since it’s mainly meant for use by other 3D printer businesses. As a result, it is too expensive for most people.

But if you are trying to monetize your 3D printer or have a few 3D printers in your arsenal, this machine can save you a lot of money in the long run.

Finally, when you are extruding your filament at home, you might want to give it some color. Filabot sells colorant additives to help you do that.

They sell 8 colors: Blue, Yellow, Red, Green, Orange, Purple, White, Black. The one thing you need to keep in mind with these colorants is that they are meant for use with ABS plastic.

Eco-friendly 3D printer filaments will hopefully continue to grab larger shares of the filament market. As long as consumers continue to demand plastics that are better for the environment than what’s out there, filament companies like Filabot and Algix 3D will continue to expand.

Thankfully, 3D printing itself is already better for the environment than traditional manufacturing in several ways. So even you aren’t using eco filaments on a regular basis, you can still rest easy knowing that you are contributing to the reduction of carbon emissions.

Other filaments to try: