MakerBot is a fantastic high quality filament from one of the largest 3D printing companies in the world. MakerBot is known mostly for its 3D printers, but it’s filament is just as good.

The one problem is that a regular spool of PLA will cost you double what other high quality filaments cost. Hatchbox and eSUN, for example, cost half as much as Makerbot filaments.

Here are a few examples of what Makerbot offers: 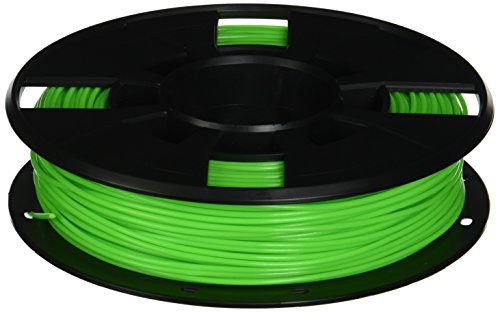 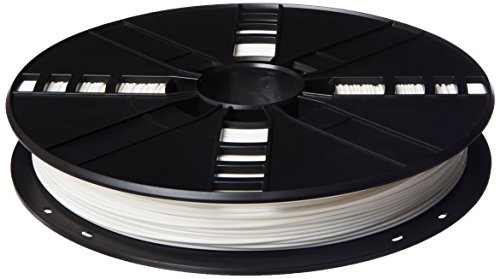 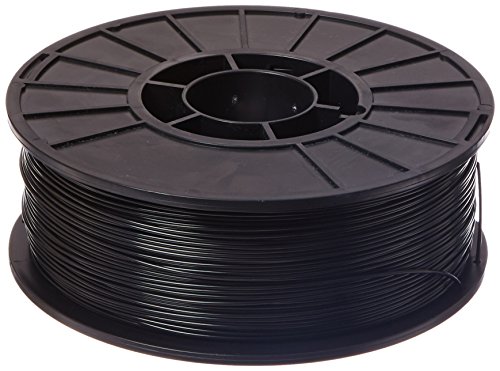 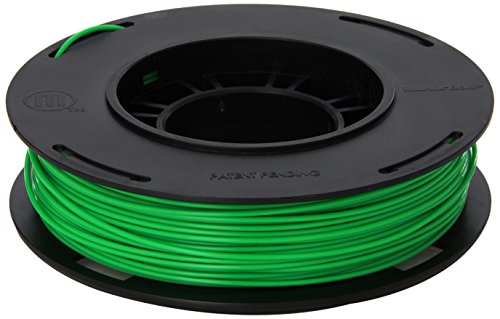 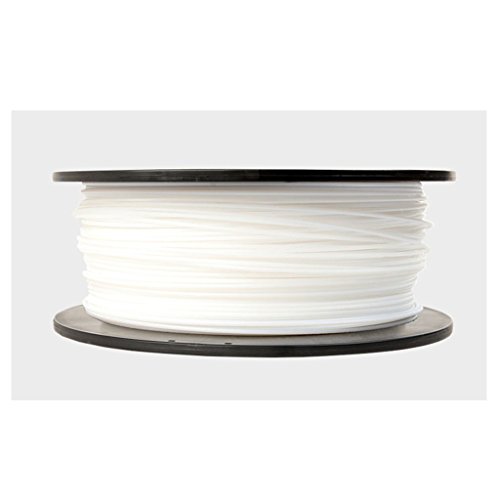 MakerBot was founded by one of the controversial legends of the DIY industry, Bre Pettis.

The influence of Bre Pettis and MakerBot on consumer 3D printing can’t be overstated.

This analogy has been beaten to death over the years, but you can kind of think of MakerBot as the Apple of 3D printing. And Bre Pettis likes to think of himself as another Steve Jobs.

MakerBot has a cult following, an earth shattering technology, and a control freak former CEO. Bre Pettis himself has pushed the comparison with Apple hard, in a somewhat obnoxious way.

But for a guy who took an idea for a robot that could produce customized shot glasses to building a company worth over $400 Million, you have to give Bre some credit.

Since it’s foundation in 2009, Bre and his former partners, have grown the company from a few engineers up to hundreds of staff working full time from their New York City offices.

The company offers pretty much everything you need. So if you are new to 3D printing, MakerBot is one of the best 3D printing company to start exploring with.

One controversial event in Makerbots’ rise came in 2012 when the company switched from being a leader in the open source movement to being a proprietary manufacturer.

Zach Smith and Bre had a falling out, a lot of people were pissed off, but MakerBot continued growing. This move set the company up to merge with Stratasys in 2013.

As for MakerBot filament, the stuff is fantastic. MakerBot is primarily known for making 3D printers, of course.

But MakerBot filament quality is worth look at. It is comparable to other high end European brands, like ColorFabb and Faberdashery.

The one minor issue is that Makerbot is slightly overpriced, at around $40 per spool. And it isn’t that people won’t pay $40 for fantastic, high quality PLA: they most certainly will.

But the problem is that you can find comparable quality PLA for around $20-30 per spool.

Side Note: MakerBot owns Thingiverse, a site devoted to the open source sharing of 3d design files. But even Thingiverse is not without controversy.

After the Sandyhook shootings, Bre Pettis pulled all files related to 3D printable guns from Thingiverse.

Cody Wilson, the owner of many of these files, subsequently founded Defense Distributed to continue offering open source access to these controversial designs. Defense Distributed is currently embroiled in various investigations by the US government.

MakerBot filaments are one of the best quality filaments available, right up there with ColorFabb, Faberdashery, and Ultimaker. MakerBot offers a sufficient number of colors and material types.

The only downside is the price, which is quite high. Let’s talk about that next. 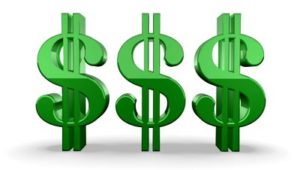 The price is the main downside to MakerBot filaments. They are just way too expensive, and definitely more expensive than they are worth.

And this isn’t because they aren’t top quality. MakerBot makes some of the best filament in the world.

But how many people want to pay almost $50 for a spool of PLA? Not many, no matter how good it is.

There are a few cheaper options, you can still give the brand a shot. Meanwhile, if you are looking for more filaments of the same caliber, try ColorFabb, Ultimaker and Faberdashery.

But if you are set on purchasing MakerBot filaments, just as many hundreds are, have a look at the ‘Special Offer’ section of the MakerBot.com web store. Makerbot offers several 10-spool packs.

The 10-spool pack of small 0.2 kg spools is priced at around $160, which puts the per spool price at around $16. That’s not a bad deal if you would like to try all of their colors.

Makerbot offers a good range of colors. You have the option of choosing from a total of 30 colors.

Around half of these colors are regular colors like red, green, blue, and yellow.

The other half are specialty colors and limited edition colors.

MakerBot could definitely offer more colors if they wanted to. But perhaps the market for high priced exotic colors isn’t that big.

The two most popular MakerBot filaments are the regular PLA and ABS, although MakerBot does offer some specialty PLAs as well. The PLA is very easy to work with and definitely one of the most reliable brands of PLA on the market.

The ABS is a bit less appealing only because the finish isn’t as glossy as other brands and it isn’t easy to smooth with acetone.

MakerBot PLA is some of the best PLA available anywhere on the market. You can expect this PLA to print identical high quality pieces on any printer.

The diameter of the PLA is extremely consistent, and there are rarely any jams.

The only thing to watch out for when you use the Replicator 2 is the retraction. You need to make sure you don’t use too much retraction or else you might get incomplete prints.

But this is not usually a problem with other printers.

The other downside to the MakerBot PLA is the new spool size, which is about 900 kg. You basically have to put up with a smaller roll of filament and swap it out many times.

The one benefit of the new design is that the spools are thinner with a wide diameter. This nearly completely eliminates any chance of having tension on the spool as it unwinds.

Thats a good thing because tension would make the extruder pull in less filament and therefore mess with the flow rate of the plastic through the printer head.

NOTE: If spool size is an issue for you, check out the MakerBot XXL spool of PLA filament. These spools have 10 lbs of filament on them so you won’t have to swap them out anytime soon.

Check on amazon to find out more.

The MakerBot ABS is a fantastic default ABS brand that you can rely on. Yes, it is expensive, but you will rarely ever have any problems with it.

It prints smoothly and the diameters are usually excellent. You won’t have any clogs or warping.

A few minor issues: this ABS seems a bit resistant to smoothing with acetone. It isn’t clear why this ABS doesn’t react as well to post processing as other ABS filaments.

But it is still a bit rough to the touch after acetone is applied. Also, this ABS is not as glossy as others. 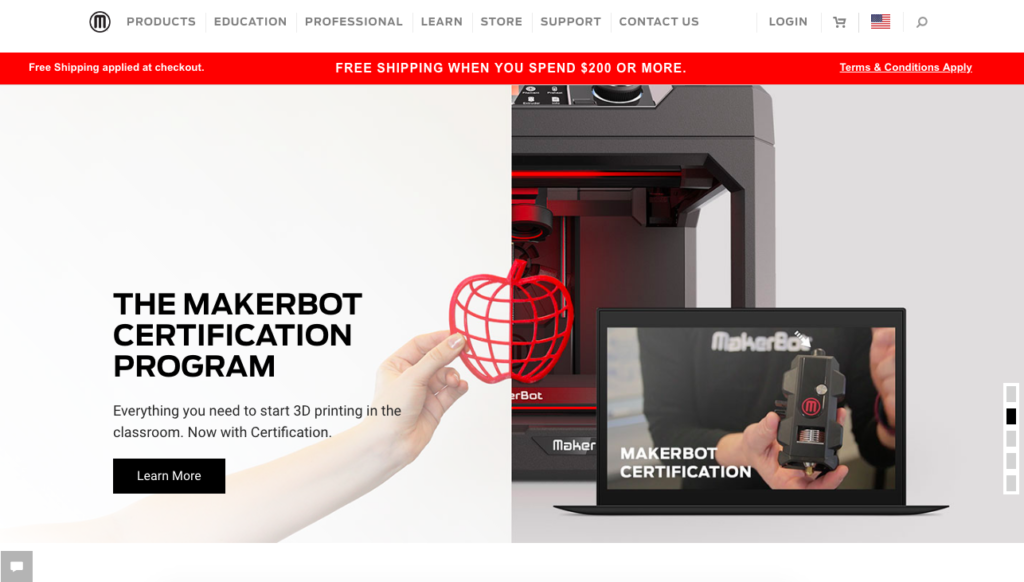 The MakerBot website is a state of the art ecommerce store. It really is the gateway to the MakerBot empire.

MakerBot also has brick-and-mortar shops in New York City, but the website is where most of it’s sales are made. You can find all MakerBot products on the website as well as all of the various services that MakerBot offers.

For beginners, the MakerBot website is a fabulous place to learn about 3D printing. You can get your feet wet with tutorials and detailed videos explaining every aspect of the MakerBot world.

There are several community forums and services available as well. And if you get stuck or have a question, customer service is just a few clicks away. 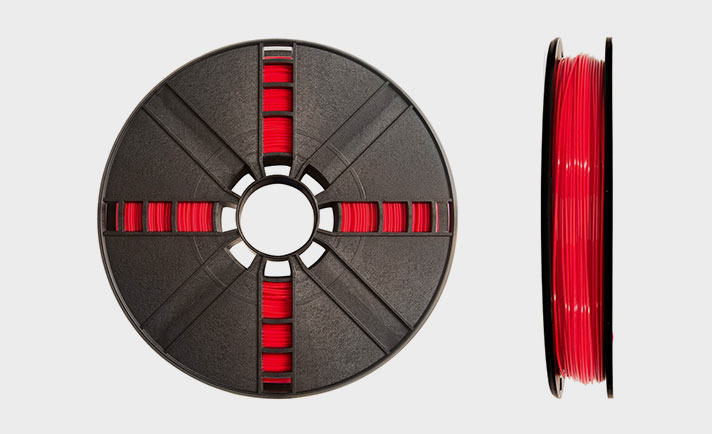 MakerBot packaging is standard and top notch. You get your spool in a cardboard box with awesome labeling. The spool comes shrink wrapped with a desiccant.

The spool itself is very basic with no fancy designs. It is made of a black plastic and has some radial designs to make it look kinda cool.

But the innovative aspect of the spool design is actually how thin and wide it is. MakerBot recently decided to change the dimensions of its spools to reduce the number of tangles and jams.

The old spools used to be wider and had smaller diameters.

This meant that there was more tension on the line when the spool unwound. Sometimes with tension was enough to resist the pull of the hobbed gear in the extruder.

As a result the flow of plastic through the extruder was uneven. But with a wider diameter spool, there is much less tension on the filament and the flow is more even.

Where is MakerBot Filament From?

MakerBot filament is produced in the US. Exactly where it is produced isn’t known. But if you are interested in MakerBot’s inner workings, check out the Netflix documentary Print The Legend.

It does a great job of telling the story of how MakerBot went from a small startup in Brooklyn to being bought out by Stratasys for over $400 million. The documentary is also a good look at the 3D printing community.

Where Can I Buy MakerBot Filaments?

You can buy MakerBot filaments at makerbot.com, of course. But you can also find MakerBot products on Amazon and Ebay.

That being said, there have been some cases of non-MakerBot filaments being passed off as MakerBot brand on Ebay.

The Take-Away: Makerbot Filament Is Worth A Shot… Maybe

MakerBot and ‘overpriced’ are often mentioned in the same sentence. Because you will pay close to $50 for a regular spool, you might not be able to buy much of it.

But this doesn’t mean that MakerBot filaments aren’t worth buying. They are some of the most consistent and reliable high quality filaments available today. Check them out on Amazon.com now.

Similar Filament Brands You Should Try